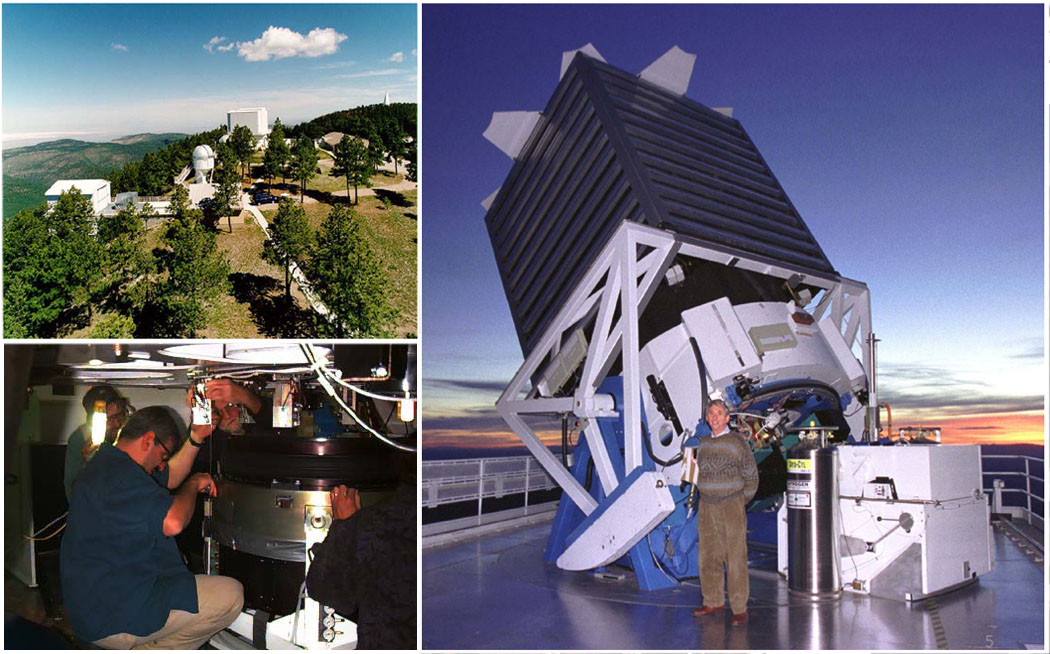 The next meeting of the Chicago Society for Space Studies will be Sunday April 18 at 1:00pm Central time and will be a Zoom webinar titled The Sloan Digital Sky Survey.

Larry Bartoszek, the author of this presentation, worked at Fermilab under John Peoples, the third director of SDSS, and John asked Larry to participate in some of the mechanical design of the telescope. Mr. Bartoszek designed the pneumatic latches that held the $4 million dollar CCD camera and the spectroscopes to the bottom of the telescope. These latches needed to be 100% percent reliable.

SDSS has created a three dimensional map of the sky with a million galaxies and quasars. Data collected by SDSS has provided insights into both dark matter and dark energy and continues to revolutionize astronomy. Where before only a select group of astronomers had access to previous astronomical surveys on glass plates, all of the SDSS data is available to anyone on the web.

This program is free and open to the public.