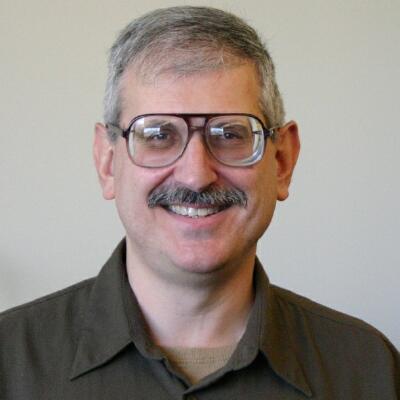 Larry Bartoszek, an Aurora, IL resident, has a dual degree in Mechanical Engineering and Physics from the University of Illinois and is an Illinois Licensed Professional Engineer. He is a member of the American Society of Mechanical Engineers, the American Welding Society, ASM International, the Chicago Society for Space Studies, the National Space Society, the International Space Elevator Consortium, and Mensa.

Larry worked at the Fermi National Accelerator Laboratory for 10 years from 1983 to 1993. In his work at Fermilab he was responsible for the design of a 150 million dollar hadron calorimeter weighing 4,000 tons and many other accelerator and detector projects.

Larry Bartoszek owns Bartoszek Engineering, a consulting firm which specializes in mechanical designs for the nuclear and high energy physics research community world-wide. Bartoszek Engineering has worked for many national laboratories, universities and governments on experiments all over the world. He has built machines up to three stories tall and 120 tons, as well as table top devices. His website is www.bartoszekeng.com.

Larry has served as a consultant to the Canadian government on a review of the SNO+ project, and has built neutrino horns for Fermilab and the Japanese experiment T2K. The MiniBooNE horn he designed for Fermilab holds the world record for surviving over 400 million pulses at 170 Kiloamps of current. He also helped build the 2.5 meter Sloan Digital Sky Survey Telescope.

The History of the Universe Starting with the Big Bang
The talk will describe how the universe changed from moment to moment starting with the earliest things we can know about the Big Bang. Work from experiments such as COBE, WMAP, Planck and LIGO will be used to show how we know things that happened “A long time ago in a galaxy far, far away.” I will give a broad overview of modern cosmology, showing the successes of the Standard model of cosmology as well as pointing out the controversies and unknowns. Dark matter and Dark Energy will be discussed, and their roles in the evolving Universe.
The Connection Between the Periodic Table and Astronomy
This talk will describe the intimate relationship between astronomy and the Periodic Table by looking at how everything we learn about the distant Universe comes from dissecting starlight and starlight comes from excited atoms changing their energy states. We will start with a brief history of the Universe to see where atoms come from and the forces that hold them together. We will discuss how the electron shell structure of the atom allows them to give off light and organizes them into the Periodic Table. We will look at how the light from distant atoms in stars and galaxies changes as the galaxies move away from us. We will see how spectroscopy on starlight leads to the expansion of the Universe and the acceleration of the expansion now thought to be caused by Dark Energy. All of this comes from an understanding of the unique “fingerprints” of atoms in the light they give off. Larry will also show the work that he did on the Sloan Digital Sky Survey Telescope.
Settling the Solar System
Starting with Al Globus’ idea for Equatorial Low Earth Orbit habitats, we will look at the most promising places for human settlement of the Solar System. We’ll take a tour of the planets, moons and comets to see what life would be like in different gravities, very far or very close to the Sun, and what radiation hazards each location poses. We’ll see how to make a home in space.
The Space Elevator and Moving Into Space
This talk will cover the basic concepts of the Space Elevator as conceived by Bradley Edwards and Eric Westling in their book “The Space Elevator—a revolutionary Earth-to-Space Transportation System”. Once we have a space elevator, the cost to get to orbit should plummet and the colonization of space can begin. Larry Bartoszek has done some original design work on the first construction climber needed to strengthen the space elevator after its initial deployment. Climbers are electric vehicles that roll straight up the elevator ribbon and out of Earth’s atmosphere. There are many subtleties in climber design. After covering the design and some challenges in building the space elevator, we will talk about what the elevator will be good for. I will show the vision of Gerard K. O’Neill who wrote “The High Frontier”. Dr. O’Neill conceived of an entire industry on the moon and in cislunar space building giant free floating habitats that humanity can move into. (The movie “Elysium” shows a variation on the habitat known as the Stanford Torus.) There are many advantages of free-floating space settlements over planet and moon-based colonies. (I can also separate these into two different talks, one focusing just on the space elevator, and one focusing on Gerard K. O’Neill’s ideas.)
The Periodic Table
This talk answers basic questions about the structure of matter. What are atoms made from? What are elements? Where did they come from? How do stars make elements? The life cycle of stars is shown, and why it took so long to organize the Periodic Table. We will cover a very brief history of the Table. A number of different styles of Periodic Table will be shown, as well as the not-so-well-known Table of Isotopes. I will talk about the different kinds of radiation and discuss my training from Fermilab on how to protect your body from different kinds of radiation. (I have given this talk to 5th graders and to Mensa Gatherings. I always try to tailor what I show to the particular audience.)
How Close is the Singularity Now?
Moore’s Law shows the exponential growth of computing power through several paradigms of computing hardware, not just integrated circuits. Since 2014 people have been suggesting that we are at the end of the ability to miniaturize electronics with 2D silicon arrays of transistors. The talk will describe recent progress in computing architectures that may put computing back on the path set out by Moore’s Law (if we ever left it,) in a new paradigm beyond 2D silicon architecture. We will examine some of the predictions made by Ray Kurzweil and others and look at the recent successes in the research fronts leading to Artificial General Intelligence. The big question is, how soon will our computational tools become the next intelligent species on Earth?

Return to the Speakers Bureau index