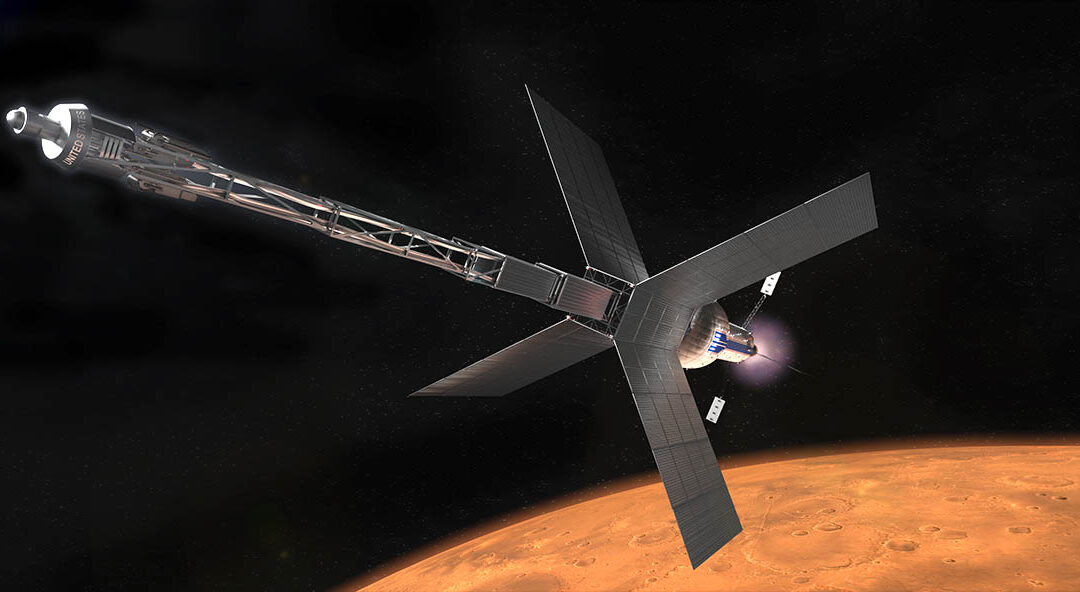 Illustration of a Mars transit habitat and nuclear propulsion system that could one day take astronauts to Mars. Credit: NASA

Planning for a manned mission to Mars is on hold due to concerns regarding the health impacts of radiation exposure. Using conventional chemical rockets, the trip to Mars and back is expected to take between two and three years. According to a 2016 study, astronauts on such a voyage would suffer significant long-term brain damage, resulting in cognitive impairment and dementia. The Earth’s atmosphere and magnetic fields protect the planet and astronauts in low-Earth orbit. The Apollo missions to the Moon were very short in comparison (on the order of a week, not years), so damage to past astronauts was within acceptable limits. In a more recent study published this year, predictions of cognitive detriments show elevated risks of Alzheimer’s disease, Parkinsons’s disease, aand traumatic brain injury. Another concern is that the risk of developing cancer might double during such an extended Mars mission. Radiation shielding is one solution, but the extra weight slows the mission duration so that any gain from the shielding is reduced. The answer is a better propulsion system. One promising answer is a thermal nuclear rocket that might enable mission to Mars in just three months. Nuclear reactions produce one million times more power per atom than typical chemical reactions, with the exhaust particles travelling at least ten times faster out of the rocket nozzle. Therefore, the spacecraft velocity change after a given rocket burn is approximately ten times faster, and a 24-36 month trip is reduced to three months. Even space entrepreneur Elon Musk has suggested that nuclear propulsion is the way to go.