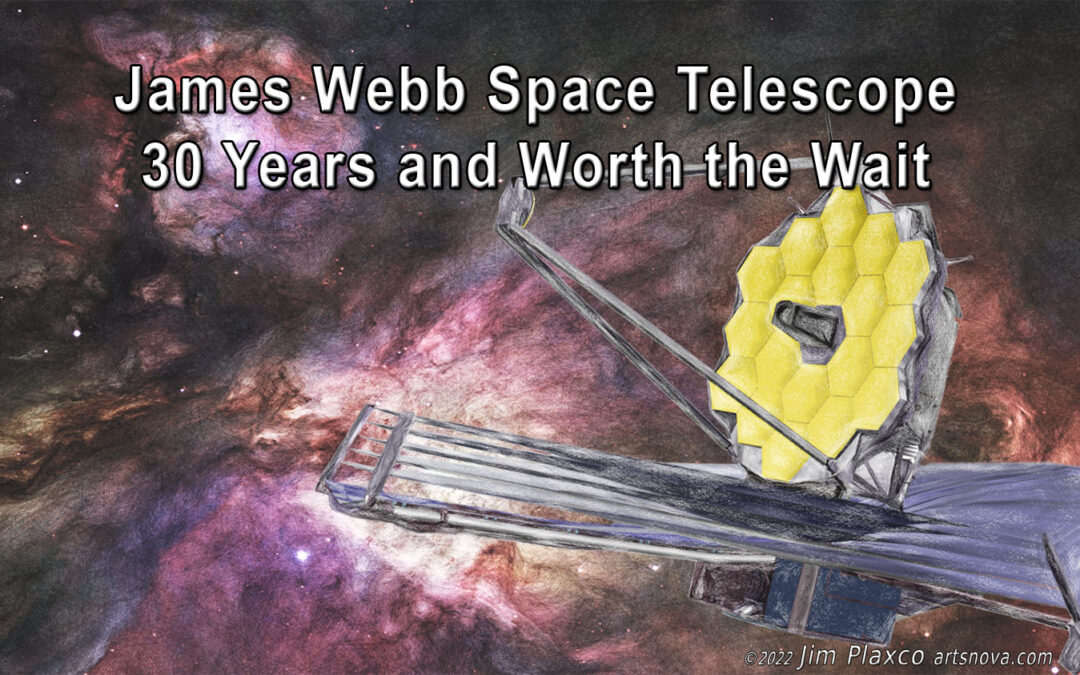 The James Webb Space Telescope, the successor to the Hubble Telescope, has begun to return science data. The first press conference about this new scientific data is to be held on July 12, 2022. Unfortunately it has taken us 30 years to get to the point. The project started in 1996 under the name The Next Generation Space Telescope. In 2002, the telescope was renamed the James Webb Space Telescope. In 2011, there was a move in Congress to kill the project. Fortunately that effort failed. Final assembly of the telescope was completed in 2016 but it took until Christmas, December 25, 2021, to launch it.

In this presentation, we will look at the science data being returned and at the 30 years of work that has been done to get us here. The James Webb Space Telescope may last 20 years and we will look at some of the astronomical targets it will be observing.