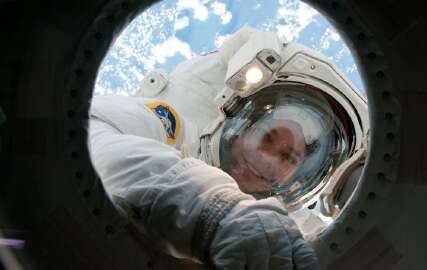 The Chicago Society for Space Studies (CSSS) is proud to be an official sponsor of the Gateway to Space space development conference. Hosted by St. Louis Space Frontier, the conference will be held November 7-9, 2014 at the Crowne Plaza in St. Louis. CSSS members who will be speaking at the conference include CSSS President Jim Plaxco and long time CSSS member Lynne Zielinski.

Gateway to Space is a conference for and about space exploration and development for both space professionals and space enthusiasts. Wherever we go in space next, we will get there through technologies like 3D printing, which will be the subject of a presentation by keynote speaker Michael Snyder, who heads research and development for the company at the forefront of 3D printing in space, Made in Space.

Some of the topics covered will be human missions to Mars, lunar settlement, asteroid mining, space economics, newSpace, and the newly established Enterprise in Space project.

In addition to the conference programming and a Cosmic Celebration with a space-themed fashion show and art show, conference attendees will be able to:

Among the dozens of speakers and panelists are:

As of Sept 6, confirmed speakers are:

As of September 6, conference sponsors and supporters are:

Download the PDF of the Gateway to Space Conference Flyer