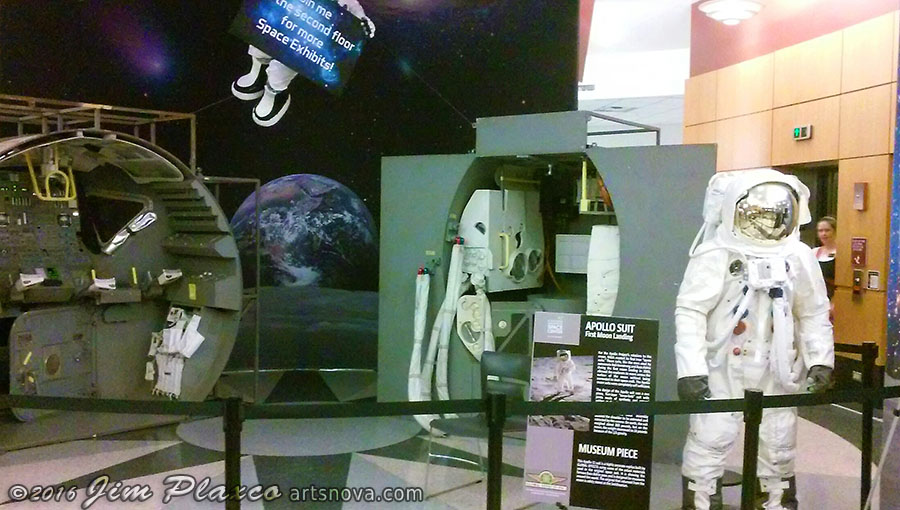 Over the summer of 2016, the Gail Borden Public Library of Elgin IL was home to a wide variety of space exploration exhibits. In addition to the exhibits, the library also offered a wide range of relevant educational programs. While many of these were educational programs for children, the library also offered a number of programs for adults. One of these programs was The Globalization of the Solar System developed and delibered by Chicago Society for Space Studies President Jim Plaxco.

MB: What is your title? Are you an astronomer? A teacher?

JP: I am currently President of the Chicago Society for Space Studies and a former President of the Northern Illinois Space Advocacy, a former Vice President and Director of both the National Space Society and the Planetary Studies Foundation, and was the Enterprise in Space Orbiter Design Contest Manager.

MB: What factors have made economic globalization possible on Earth?

JP: I would list as the key factors that have made economic globalization possible as being:

MB: How have these factors impacted human civilization, in both a good and bad way?

JP: The number one positive of globalization has been to improve the overall global standard of living. From the perspective of consumers, this has led to lower prices via greater competition, and a broader selection of products. The only negatives have been with respect to localized special interest groups who object to having to compete. While these local groups (affected businesses and employees) may lose income, when considered on a larger scale, the net effect is a positive one. For example, the rise of the personal computer put the typewriter industry out of business. While people in that industry lost jobs, the average consumer’s life was improved by way of the availability of a better alternative product.

MB: Would these same factors work if we had life across the solar system?

JP: That is the key question whose answer will ultimately depend substantially on key technological advances that would make such trade economical.

JP: Consider transportation for example. For me as an individual, and not as a business with any kind of special discount, I can transport via cargo ship drinking water from New York to Cairo at a cost of less than 20 cents a pound. Contrast that with the cost of placing a pound of water into low earth orbit (LEO). Traditionally, that cost has been on the order of $10,000 per pound Even Elon Musk and his remarkable successes with SpaceX is only hoping to get launch costs down to $500 per pound. So with respect to trade between space colonies the key question is: will it be cheaper to produce locally or trade? The cost of transportation will be key to answering that question.

MB: Which globalization factors would work?

JP: Those factors for which distance and time is not an issue. These would basically be the legal factors, which include the flow of capital and the absence of trade barriers in the form of tariffs.

MB: How likely is it that we would have human life on different planets?

JP: Given the pace of our technological advances, I think it is a near certainty. The big unknown is whether we as a species are willing to accept the risks associated with the initial challenges of learning how to live in these other environments.

MB: How would globalization in space affect life on Earth?

JP: Going beyond globalization and focusing on the idea of humanity living off-Earth, the two most immediate and tangible benefits would be in terms of energy. First, the construction of Earth-orbiting solar power satellites would serve as a clean source of electric energy for Earth. Second, if we do develop commercial fusion reactors for the generation of electricity, the Moon could become the nest Saudi Arabia because the Moon is home to abundant reserves of Helium-3 which is the cleanest, most efficient fuel for fusion reactors.

A more difficult to quantify impact would be that of innovation. Having to develop new technologies for these alien environments will most certainly result in innovations that will improve life on Earth. By way of analogy, no one predicted the vast positive technological impact that sending men to the Moon via the Apollo program would have on our lives today.

Lastly, I think humanity’s advance into a new frontier will send everyone a message of hope and confidence in our ability to overcome hurdles. Challenges make us better and their is no greater challenge in exploration than the challenge of becoming a spacefaring species.

Following is a photograph of the story as it appeared in the newspaper, appropriately published on July 20 of 2016. 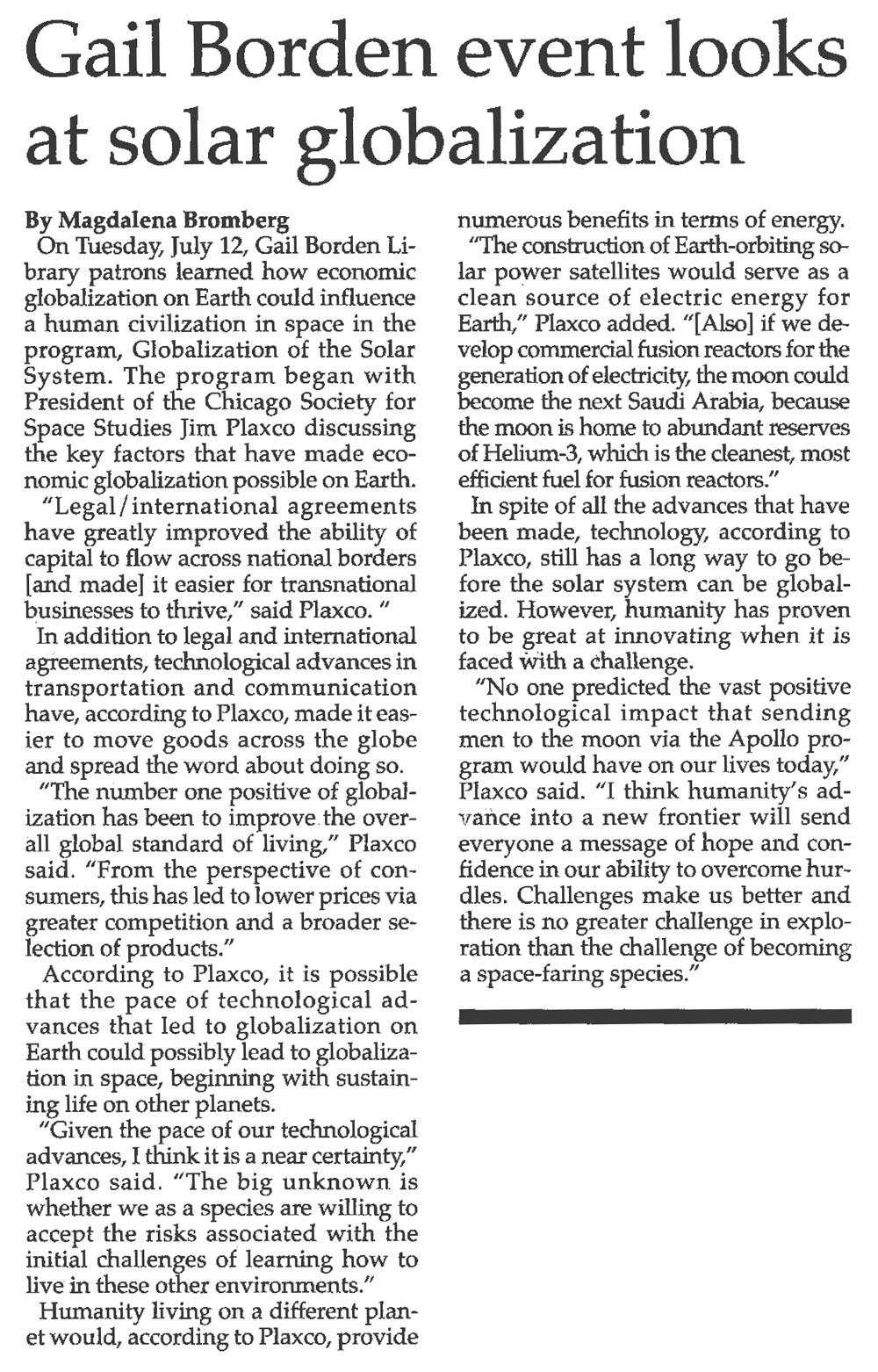