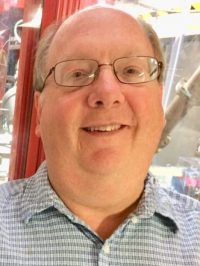 Dr. Gerald Jackson received his doctorate in the field of accelerator physics from Cornell University where his focus was on the study of collisions between electrons and positrons. From 1985 until 2000 he was instrumental in improving the performance of the Fermilab proton-antiproton collider through enhancements in the production, manipulation, and storage of antiprotons. Dr. Jackson was a leader in the design, construction, and commissioning of the innovative 2-mile circumference antiproton Recycler ring. Designed to increase Fermilab performance by 2.5 times, the Recycler ring and other upgrades actually resulted in an increase of more than a factor of five. His technical contributions to, and leadership of, the Recycler project won him the 1999 IEEE Particle Accelerator Science and Technology Award and earned him the status of Fellow in the American Physical Society. Since 2000 he has founded several companies, one working on antimatter propulsion problems for NASA and culminating in a 2016 crowdfunded study of antimatter production enhancements.

As a member of the CSSS Speaker’s Bureau, Dr. Jackson’s top presentation is Making Antimatter Propulsion Matter which addresses known, experimentally proven physics principles and proposes a method by which interstellar travel is possible with velocities approaching 10% of the speed of light. In this talk a proposed antimatter production and storage facility is described capable of producing 20 grams of antimatter per year, enough for a robust interstellar exploration program capable of launching unmanned missions to nearby exoplanets by the congressionally mandated date of 2069.

You can email your speaker inquiry to Dr. Jackson

Return to the Speakers Bureau index