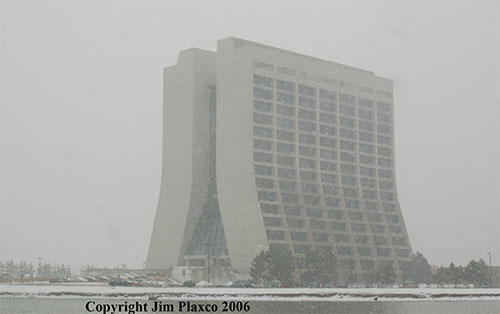 In March, the CSSS field trip was to the Fermi National Accelerator Laboratory located in Batavia. Fermilab’s mission is the goal of high-energy physics: to learn what the universe is made of and how it works. Fermilab builds and operates the facilities that high-energy physicists need to do forefront research, and develops new accelerator technology for the experiments of the future.

The field trip started with a lecture on string theory and a short question and answer session with a scientist. We then went onto a tour of the Operation of the world’s most powerful proton-antiproton collider facility. Fermilab successfully operates the world’s highest-energy particle accelerator and its only proton-antiproton collider. Particle physicists from U.S. and foreign universities use Fermilab to carry out high-energy physics research.

On the tour we got to see parts of the Fermilab’s four-mile Tevatron, the world’s highest-energy particle accelerator, which can reach an energy level of 0.980 trillion electron volts (TeV) for each of its particle beams: clockwise-circulating protons and anticlockwise-circulating antiprotons.

On the tour of Fermi Lab

A proton-antiproton collision produces energy of 1.96 TeV at the interaction points. In 1995, Tevatron Run I-b, the collisions ran at an energy level of 1.8 TeV, .9 TeV per beam, which was sufficient to discover the top quark. With the present energy level Fermilab hopes to continue discovering new particles in Run II of the Tevatron. 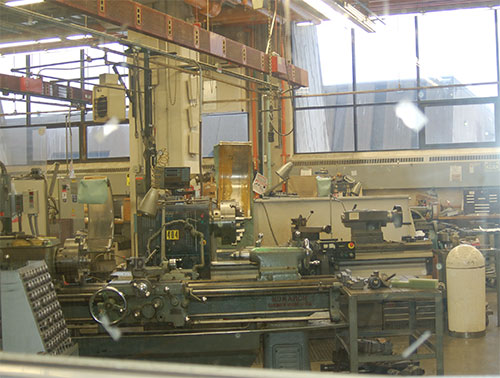 After the tour we met with at the top floor of Wilson hall and enjoyed a birds-eye view of the accelerator rings. We were able to look around at several of the Fermi Lab discoveries displays. On display was information on the 1995 experiments that announced the discovery of the top quark, the last undiscovered quark of the six predicted to exist by current scientific theory. Scientists worldwide had sought the top quark since the discovery of the bottom quark at Fermilab in 1977. Physicists discovered the top, as heavy as an entire gold atom but much smaller than a single proton, using particle beams from the Tevatron, the world’s highest energy particle accelerator.

It was interesting for me to learn that Fermilab is involved in other areas, not just colliding particles. For example, on April 13, 2000, scientists of the Sloan Digital Sky Survey announced the observation of the most distant object ever observed a quasar at a red shift of 5.8, a distance of 27 billion light years from Earth. The SDSS collaboration will ultimately survey 10,000 square degrees, or one quarter of the sky, and 200 million celestial objects. Fermilab scientists are involved in managing and analyzing this large amount of data. These astrophysical studies complement Fermilab’s quest to understand the structure and evolution of the universe.

Learn more about Fermilab at http://www.fnal.gov/ 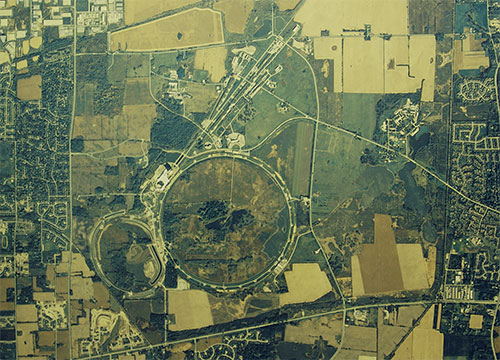