Note: The following press release was issued by the National Space Society. 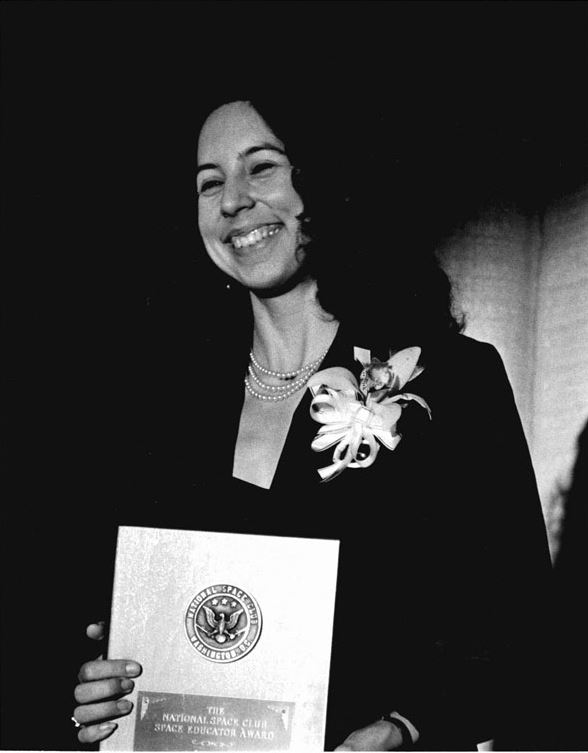 Since 1982, the award has been given annually to secondary school teachers who mentor students in the field of space, science, and technology. Recipients are also given a $1,500 grant and a plaque for their respective school.

“Lynne Zielinski is the first two-time winner in the thirty year history of the National Space Club National Space Educator Award. After being selected in 1988 for exemplary work motivating students to do research by planning and flying experiments on the Space Shuttle, she did not rest on her laurels,” said National Space Club Award Chairman Kerry Joels.

“She spent the next quarter century expanding her students’ opportunities to participate in space science research, encouraged dozens to pursue science and engineering degrees, and expanded community awareness of space science. Her career is an impressive and exceptional model for a space educator,” he added.

Zielinski has been a member of NSS’s Board of Directors and Chairman of the Education and Outreach Committee since 2006. She also serves on the NSS Executive Committee as Vice President of Public Affairs. She annually organizes the activities that attract hundreds of students to the NSS International Space Development Conference for the NSS/NASA Ames Space Settlement Design Competition.

“We are pleased to join the National Space Club in honoring such a deserving and forward-thinking educator with the National Space Educator Award,” said Mark Hopkins, NSS Executive Committee Chairman. “We are especially proud that Zielinski was selected for her over 30 years of noteworthy accomplishments in bringing science and math to life for thousands of students and teachers through space and technology.”

Her 32-year career as a physics, astronomy, and space science teacher at Glenbrook North High School in Northbrook, Illinois has been highlighted with numerous accomplishments, including participation in the Teacher In Space program. For Zielinski’s full biography, please visit https://space.nss.org/lynne-zielinski-biography/