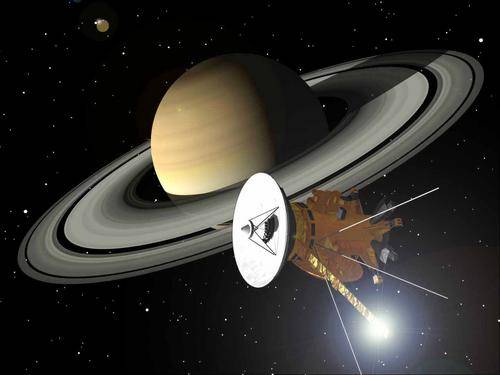 As a destination, Saturn together with its system of rings and moons provides an unbelievably diverse combination of alien environments and amazing phenomena; observations and discoveries of the planet itself made possible thus far include: 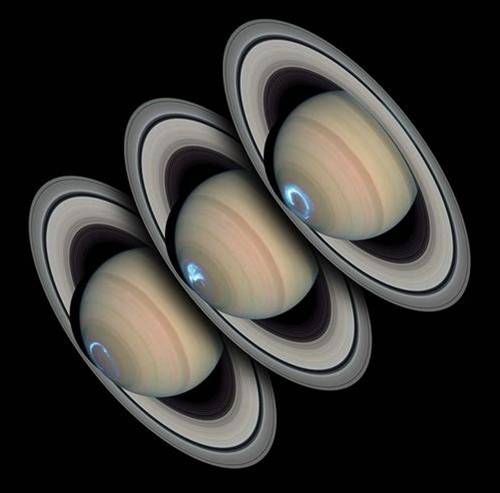 The close examination of the ring system by Cassini revealed previously unknown characteristics:

Figure 3. Cassini images the waves created by the 4-mile wide moon Daphnis orbiting within the Keeler Gap of Saturn’s rings

The amazing moons, totaling 47 thus far, have presented varied surfaces and environments to Cassini’s instruments; some incredible discoveries and observations include: 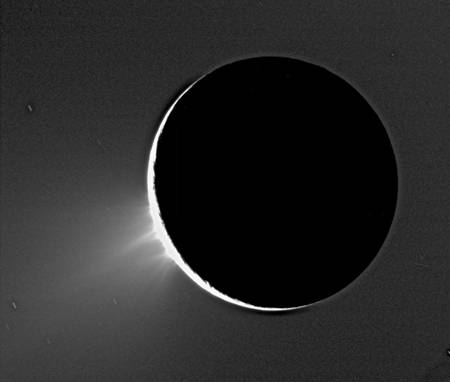 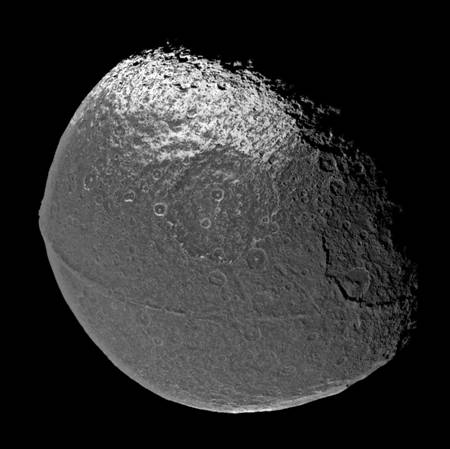 Figure 6. Cassini images Iapetus with the ‘bellyband’ extending along the moon’s equator 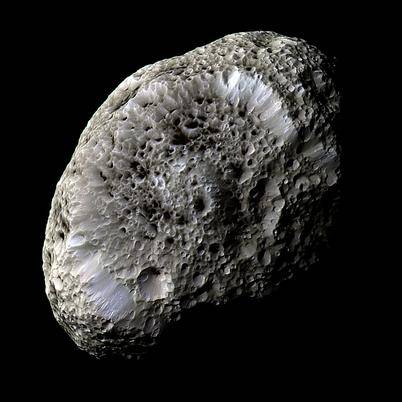 Figure 7. Cassini images Hyperion, only 223 miles in its greatest dimension

Titan, the most mysterious and intriguing place of all has been a principle focus of the mission. This “moon” of Saturn is larger than the planet Mercury and has an extensive atmosphere – more dense than that of Earth. Its atmosphere, opaque in visible wavelengths, frustrated earlier missions in their attempts to observe the surface. But Cassini-Huygens, the most heavily-instrumented spacecraft ever sent to another planet has enabled the first close-up examination of this strange world, showing scientists a place possessing eerie similarities to processes, landscapes, and characteristics of Earth, including: 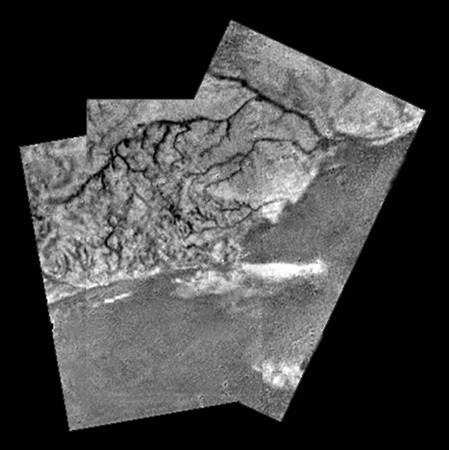 Figure 8. Image of Titan’s surface as captured by the Huygens probe while descending to the surface

The mission has produced an awe-inspiring series of discoveries. As the mission continues, one can’t help but wonder what fascinating discoveries lay ahead. To me, this mission is an exceptional example of a very positive characteristic of humanity – the quest for knowledge purely for the sake of understanding that which was once unknown, and in so doing, enhancing our understanding of our own place in the universe. Cassini-Huygens has transformed distant points of light from merely “names ”, into real places — real worlds just waiting to be investigated further.